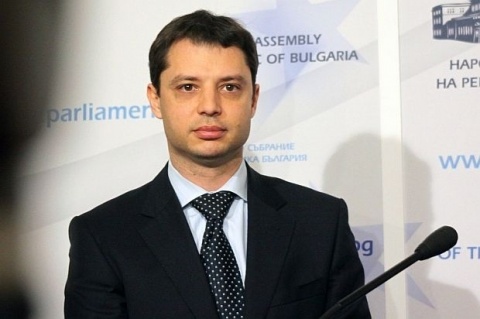 Bulgarian Economy Minister Delyan Dobrev believes there should be no conflict with Romania over natural gas deposits in the Black Sea. Photo by Sofia Photo Agency

Bulgaria is not going “to get in a conflict” with Romania over the natural gas deposits in the Black Sea, according to Bulgarian Economy, Energy, and Tourism Minister Delyan Dobrev.

Dobrev pointed out that no conflict is to emerge since both Bulgaria and Romania have natural gas deposits in their Black Sea economic zones, as cited by BNR Sunday.

Dobrev apparently referred to the dispute between Bulgaria and Romania over 17 square km of their economic zones in the Black Sea that was raised as a public issue by Romanian Foreign Minister Crisian Diaconescu in the spring of 2012.

Romania has already stated that the Black Sea dispute can be taken to an international arbitration court where it can be resolved based on the principle of equal distance. Bulgaria, however, wants to resolve the dispute by talks and insists on delimitation along a parallel.

Dobrev reminded that the Bulgarian government recently moved to introduce a rewording of the moratorium on shale gas extraction and exploration that was introduced in early 2012 over environmental concerns.

“Now there are no obstacles before the extraction of conventional natural gas. We hope for significant deposits of natural gas in the Black Sea,” the minister said.

“We are not getting in a conflict with Romania over this gas. Romania found about 40 billion cubic meters of gas in their Black Sea section. We are starting the exploration right now. The Bulgarian section that we are about to explore is larger than the Romanian section,” he added.

In his remarks on Sunday, Bulgarian Economy Minister Dobrev also commented that the natural gas interconnector pipeline between Bulgaria and Turkey could be completed by the end of 2014 but the bigger issue there is not the construction but the question when alternative natural gas supplies will be available for Bulgaria through that route from the Caspian region.