President: Bulgaria Is Not Russian Trojan Horse in EU 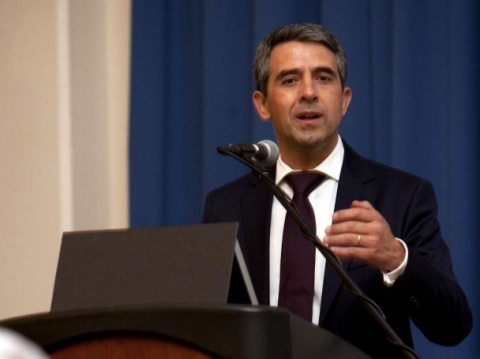 Bulgarian President, Rosen Plevneliev, is on his first official visit to the US as Head of State. Photo by BGNES

Plevneliev, who is on his first official visit to the US as Head of State, addressed the expats ahead of the NATO summit in Chicago. The city is home of the largest Bulgarian diaspora in North America.

The meeting was held at one of the Institutes of Chicago's Botanical Garden.

The President greeted the attendees with: "Everywhere I go across the globe, I am meeting Bulgarians."

He assured the hosts that the Cabinet is working on a Bill for Bulgarians Abroad that would be subject to large-scale debates both in the country and outside.

Plevneliev showed desire to address all questions and speak to everyone personally, which turned the meeting very emotional and extended the scheduled time.

One of the most interesting questions came from an expat who asked if it was true that Prime Minister, Boyko Borisov, visits the Russian Embassy in Sofia on a daily basis, to which the President replied:

"You must have more information than I do. But I can assure you – Bulgaria is not and will not be Russia's Trojan horse in EU and NATO."

After the meeting, Plevneliev attended a ceremony dedicated to the 10th anniversary of the Bulgarian school in Chicago "John Atanasoff."

The NATO summit starts Saturday and will be held in Chicago on May 20 and 21. The situation in Afghanistan will top the agenda of the summit, along with missile defense in Europe.