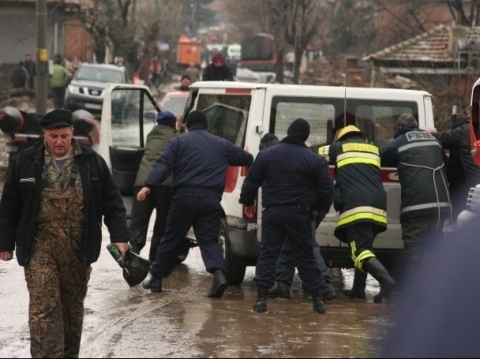 Codes red and orange have been issued over upcoming floods for the river of Maritsa in southern Bulgaria.

The code red is effective for Maritsa near the town of Harmanli and the code orange for areas near the towns of Parvomay and Svilengrad and the city of Plovdiv.

There is also a code yellow for the rivers of Sazliyka near the town of Galabovo and of Tundzha near the city of Yambol, also in southern Bulgaria.

The alerts were sent to the Ministry of Environment and Waters from the European System for Early Weather Warnings which is supported in Bulgaria by the National Institute for Meteorology and Hydrology at the Bulgarian Academy of Sciences, BAS.

There is also a code yellow for torrential rains for the regions of Lovech, Veliko Tarnovo, Gabrovo, Haskovo, Stara Zagora, Kardzhali, Plovdiv, Smolyan and Pazardzhik.

The Ministry, on its part, had sent an alert to the Main Fire Safety and Protection of Population Directorate at the Interior Ministry and the administrations in the affected regions and areas.

Authorities in neighboring Greece and Turkey have also been warned.

A flood disaster hit southern Bulgaria on February 6, 2012. On that day 10 people perished and 55 houses were destroyed in the village of Biser and the nearby village of Leshnikovo in southern Bulgaria, in the area of Harmanli, after the cracked wall of the Ivanovo dam broke and submerged adjacent areas.