President to Seattle Expats: Bulgaria Is in Good Hands 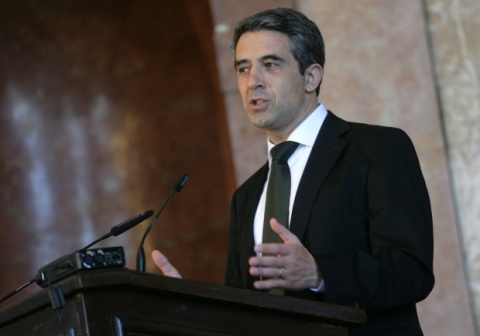 Bulgarian President, Rosen Plevneliev, told expats in Settle that their homeland wants to be close to them no matter where they live. Photo by BGNES

Bulgarian President, Rosen Plevneliev, who is on his first official visit to the US as Head of State, has met with the Bulgarian community in Seattle.

About 40 expats attended the over-one-hour-long meeting where the discussion focused on issuing of ID papers and other documents, Bulgaria's need of IT specialists, and education.

"I am happy Bulgarians are successful people all over the world. If you have succeeded here, in the IT Mecca, you have plenty of confidence. I do to. But, unfortunately, this is not something common for Bulgarians. We lack self-esteem, and we must have it. For me, as President, it is key to showcase success. Your success here is Bulgaria's success. It is a symbol of the path of Bulgaria now," the President told the Seattle diaspora.

He further noted befor them that he was striving to establish a new kind of politics – those of an honest, new politician, who would not promise everything, but will be very careful to fulfill the promises made, in order to instate trust between the citizens and people in power as it is in the US, Germany, and other countries.

"These countries are wealthy because they have well-functioning institutions and a strong middle class. I wish the same for Bulgaria," Plevneliev said, inviting the expats to bring back to their homeland their energy, will, and knowledge.

He pointed out that Bulgaria is a stable country, a country that is on the right track and in good hands, with a long-term plan for development and for building on the foundations of what is already achieved.

The President assured the Bulgarian community that the cabinet is working on a Bill for Bulgarians Abroad in order to reach every single expat.

Later, Plevneliev arrived in San Hose to meet top managers from the IT sector.

On Wednesday, the Bulgarian Head of State held talks with Bill Gates, who, among many other things, advised Bulgaria to apply effort to bring back to the homeland "its geniuses."

Gates admitted he was impressed by Bulgarians who have been and are "Microsoft" employees.