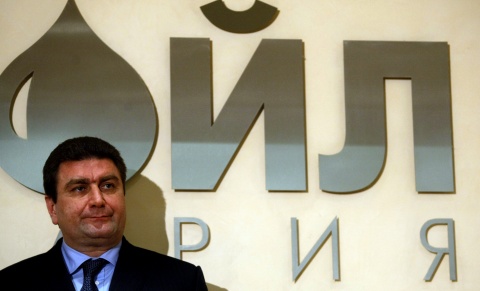 Fuel distributor Lukoil Bulgaria has risen against the accusations levied by Customs Agency head Vanyo Tanov that the company is exercising pressure on the prosecution in the trial against him.

"This is yet another attempt to of the Customs Agency Director to mend his personal image through attacks against the company which is the biggest contributor of excise revenues to the state coffers, thereby seeking a justification for his own unfounded public statements," Lukoil Bulgaria said in a press release Wednesday.

The fuel company defined Tanov's accusations as "absolutely unfounded and inadmissible for a European, rule of law country."

The proceedings against him were opened on a tip-off from the Bulgarian Socialist Party (BSP), which said that Tanov had revealed the location of the country's wartime fuel stocks in an interview for the morning broadcast of the Bulgarian National Television (BNT) on September 01, 2011.

The left-wingers alerted Chief Prosecutor Boris Velchev that Tanov has said the following: "Speaking about the reserve, it must also be noted that Lukoil Nefochim and Lukoil Bulgaria are under obligation to maintain a certain volume of wartime stocks which is about 8 million liters".

"Lukoil just want to remove me from my position, because lifting my right to access to classified information in case of a trial for a premeditated crime will lead to my dismissal," Tanov commented on Tuesday.

The charges currently have it that Tanov allegedly disclosed classified info, albeit unintentionally and without prior deliberation.

According to the Customs Agency head himself, the information he referred to in the interview was not classified, but was open to the public.

In the summer of 2011, the Bulgarian state and Lukoil entered into a skirmish, after the government temporarily revoked the licenses of the country's largest fuel producer for the company's failure to comply with statutory requirements for the installation of fuel measuring devices at its facilities.