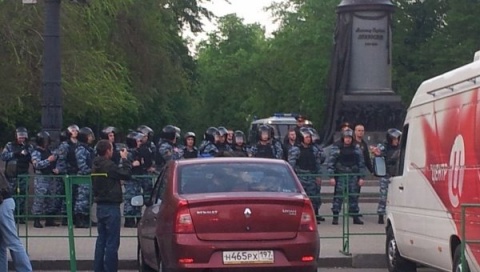 A Moscow court had earlier obliged police to “take action to put a halt to disorder” at the camp. Photo by RIA Novosti

A camp set up by protesters opposing Russian President Vladimir Putin was dismantled by riot police in Moscow on Wednesday.

According to police authorities, 20 activists have been briefly detained.

A Moscow court had earlier obliged police to "take action to put a halt to disorder" at the camp, which was set up a week ago in the wake of protests against the May 7 inauguration of President Vladimir Putin for a third term, RIA Novosti has reminded.

The authorities have stated that the demonstrators have caused some USD 650 000 worth of damage to greenery during their stay at the camp.

The camp allegedly attracted people with various political backgrounds, including anarchists and left-wingers.