Bulgaria's Sunny Beach Gears Up for Tourist Influx in end-May 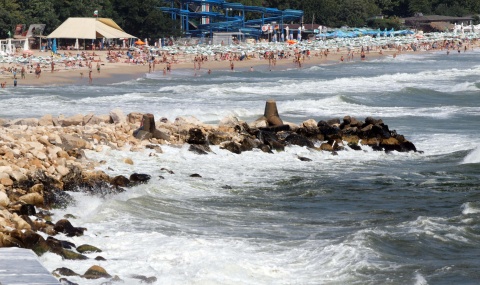 Bulgaria's southern Black Sea resort of Sunny Beach expects to welcome large groups of Russians, Brits, Germans and Irish in the last ten days of May 2012, according to Elena Ivanova from the Union of Hotel Owners in Sunny Beach.

In Ivanova's words, as cited by the Bulgarian Telegraph Agency (BTA), demand before the start of the summer season indicates that the industry will continue its upward trend in 2012.

The expert predicts that the bed occupancy rate in Sunny Beach will exceed 20% after May 20, 2012.

She adds that tourists who made reservations in early spring will be able to take advantage of great discount rates.

The peak of the summer season is expected between July 25 and August 20.

Local business representatives anticipate a 5-8% growth in foreign tourist arrivals in the summer of 2012.

The number of visitors from Russia is expected to increase by 12-15% mainly due to the alleviated visa regime.

The number of tourists from Israel is also expected to go up from the rate in 2011.

Bookings by German tourists for the summer season have so far registered a 4% increase and are growing at about the same rate as bookings by Brits.

The 2012 summer season in Sunny Beach will be officially declared open in the beginning of June.

According to Dimitar Nikolov, representative of the Managing Board of the newly established "Sunny Beach" business association, the resort needs a long term image strategy.

He explains that a number of Bulgarian and foreign journalists have been invited to visit Sunny Beach and get an in-depth view of the resort.

"There are people who criticize Sunny Beach without even knowing it. The resort is actually quite attractive, it is very well appreciated and is a top destination for young holidaymakers from all over Europe," Nikolov argues.

The 2012 summer season in Black Sea resorts will take place against the backdrop of improved security.

Interior Minister Tsvetan Tsvetanov announced Monday that a total of 500 police officers would be dispatched to Bulgarian seaside resorts for the summer season.

Tsvetanov predicted that the number of tourists would increase by up to 8% as compared to the summer season in 2011.