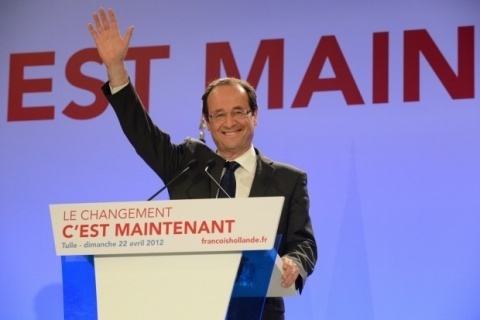 Left-winger Francois Hollande is to be officially sworn in as France's new President on Tuesday before heading to Germany to discuss EU's debt crisis with Chancellor Angela Merkel.

Hollande is expected to be sworn in shortly after meeting Sarkozy at the Elysee at around 10 am local time.

Within hours he will be in Germany to meet Chancellor Angela Merkel.

The new French President has pledged to renegotiate the European treaty on fiscal discipline signed by 25 leaders in March, to include chapters on growth and employment.

However, Merkel has declared that the treaty is not negotiable.

Following his German trip, Hollande will hold his first cabinet meeting on Thursday followed by a visit to Washington to meet US President Barack Obama.