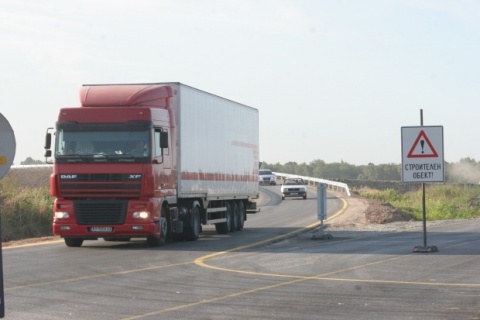 Bulgaria's government has gotten Georgia's authorities to agree to almost double the number of permits for Bulgarian freighters and transport companies, the Bulgarian Transport Ministry announced.

After negotiations, Bulgaria and Georgia have agreed to increase the number of universal freighter permits (which are valid for both bilateral and transit services) from 800 to 1 500. The number of permits for/to a third party has been also been increased from 150 to 200.

Georgia agreed to increase the quota for Bulgarian freight transport companies during a sitting of the Joint Bulgarian-Georgian Commission on International Auto Transport that was held in Sofia on May 9-10, 2012, the Bulgarian Transport Ministry announced Monday.

During the meetings, Georgia has explained the recent increase of the no-permit fine for foreign freighters entering its territory from GEL 500 to GEL 5 000 in order to crack down on freighters that choose to pay the fine instead of procuring a permit.

At the same time, Bulgaria has committed to distribute the permits only to transport companies that are indeed going to carry out freight and passenger services.

The government said the general agreement to boost the number of Georgian transport permits for Bulgarian companies was reached during Bulgarian PM Boyko Borisov's visit in Georgia in April 2012.