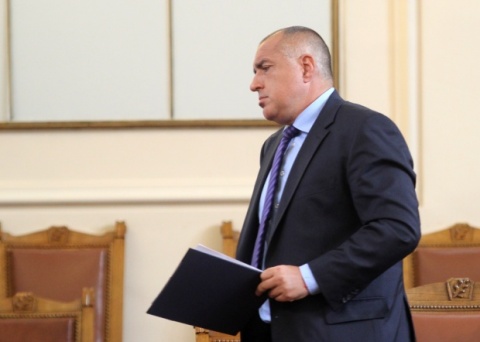 The ruling, center-right Citizens for European Development of Bulgaria party, GERB, lost the local elections in the western city of Kyustendil because the opposition Socialists had purchased their votes.

"Look at the number of ballots cast for GERB in the Roma district of Kyustendil – only 1 000, meaning our party has not been involved in vote buying," he said, noting that GERB won at other locations.

There were 19 runners, for the 37 seats in the local Parliament, of whom 3 were independent, while the rest represented 2 coalitions and 14 political parties.

The elections were held now because the magistrates annulled the results of the October 23 2011 local elections over serious violations of the vote in the village of Konyavo.

The Coalition Kyustendil secured a landslide - with 6 205 ballots (nearly 33% of the vote) the Coalition will have 14 councilors.

Other parties to be represented at the City Hall include LIDER of energy tycoon Hristo Kovachki, also with 4 seats, the conservative Order Law and Justice party, RZS, with 3 municipal councilors, the Agrarian People's Union with 2, while Initiative for Kyustendil and the right-wing Democrats for Strong Bulgaria, DSB, will have one councilor each.

Independent candidate, lawyer Kiril Stanchev, also made the cut and is actually 6th by the number of ballots cast.

The far-right, nationalists Ataka and VMRO failed to win any seat.