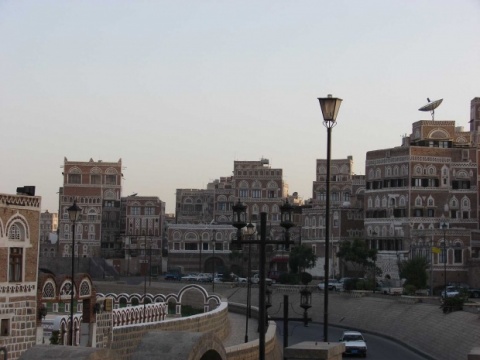 The Bulgarian Ambassador to Yemen was slightly injured in the capital Sana after masked gunmen opened fire at his vehicle in an attempt to kidnap him. Photo by yemenonline.info

Boris Borisov, who is Bulgaria's Charge d'Affaires in Yemen, is feeling well after sustaining injuries in a kidnap attempt against him in Sana.

The news was reported Sunday by the Bulgarian Standard daily, citing the diplomat himself, who answered a journalist's phone call with the words: "I am doing fine!"

The phone call was placed in the aftermath of reports that the diplomat has been slightly injured when masked gunmen opened fire at his vehicle in an attempt to kidnap him.

Borisov, however, has declined commenting anything for Standard, saying that they should contact the Foreign Affairs Ministry's spokesperson.

The Charge D'Affaires is known in diplomatic circles as a topnotch professional. He has studied in Iraq and is fluent in Arabic, Russian and English. He has worked in Tripoli and at the "Middle East and North Africa" Department of the Foreign Affairs Ministry.

Borisov is married and his wife was with him at the time of the attack. He has a son and a daughter.