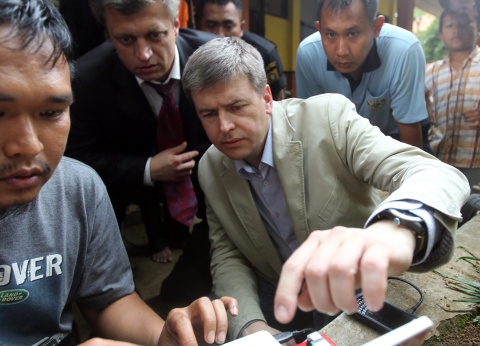 Rescue teams have recovered 14 bodies from the crash site of the Russian Sukhoi Superjet 100.

The rescuers made their way to an area located 50 meters away from the wreckage, according to reports of Russian news agency ITAR-TASS.

Indonesian media announced that rescuers on helicopters had managed to find the plane's tail and parts of wings.

Authorities believe none of the 45 people on board the Sukhoi Superjet-100 survived.