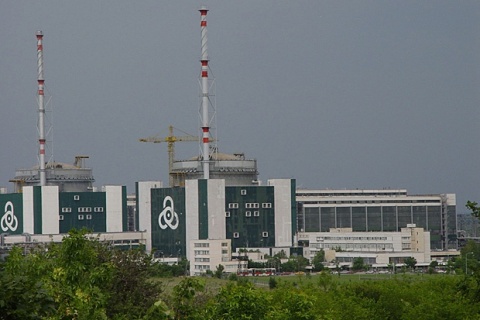 The project company for the construction of unit 7 of the Kozloduy NPP, "Kozloduy NPP- New Capacities", has been established with an initial capital of BGN 2 M divided into 200 000 shares.

The project company is fully owned by the Kozloduy NPP.

Mihail Andonov, CEO of the Bulgarian Energy Holding (BEH), has been appointed Chairman of the Board Directors.

The Board of Directors also includes Deputy Finance Minister Vladislav Goranov and Atanas Atanasov, who was previously in charge of the exploitation of units 5 and 6 at the Kozloduy NPP.

Atanasov was appointed CEO of the new project company at the general shareholders meeting.

According to Valentin Nikolov, the new director of the Kozloduy NPP, the first tasks on the agenda of the new company include the preparation of an Environmental Impact Assessment (EIA) and the analysis of potential sites where unit 7 can be mounted.

There are three options where the new reactor can be installed.

Before that, however, the already established working group is to prepare a program and the Council of Ministers is to take a substantive decision for the construction of unit 7 at the Kozloduy NPP.

In Nikolov's words, the procedure should take six months.

The site where unit 7 will be built is expected to receive a license in 2-3 years' time.

Under the worst-case scenario, unit 7 of the Kozloduy NPP will begin generating electricity in 2024.

After the center-right GERB government suspended the Belene NPP project, it was decided that one of the reactors earmarked for it would be used as unit 7 at the Kozloduy NPP.

It was reported Thursday that the facility is 80% ready.

As regards the second reactor earmarked for the scrapped nuclear power plant project, Bulgaria has started talks with Russia to sell it for a project similar to the Belene NPP.

The second reactor was said Thursday to be 20-25% ready.

According to Valentin Nikolov, the working groups of national power utility NEK and Atomstroyexport have finished work and have signed the agreement, under which NEK will have to pay another EUR 40 M.

Two weeks ago, Energy and Economy Minister Delyan Dobrev announced that the establishment of a project company for the construction of unit 7 of the Kozloduy NPP was being prepared.

He said that the project company would initially be 100% owned by Kozloduy NPP, after which a strategic investor would be sought for the construction of the reactor.

Dobrev explained that the idea behind the project company was to avoid risks for the financial condition of the Kozloduy NPP as had already happened with NEK due to the Belene NPP.