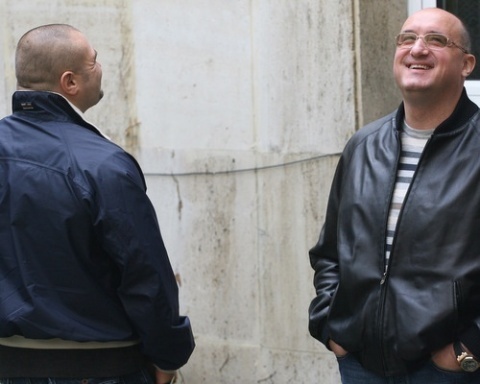 The two mafia bosses were believed to hold the citizens of Dupnitsa on a leash, as their jobs and prosperity depend on the two burly former policemen with shady background and businesses. Photo by BGNES

Mobsters Angel Hristov and Plamen Galev, better known as the Galevi brothers, have fled Bulgaria with fake passports and forty million levs in cash, according to local media reports.

Just a day after the notorious pair was sentenced by Bulgaria's Supreme Court to serve time in jail, the two underground bosses entered Greece with fake passports, riding one of their luxurious cars, and flew to South Africa, locals told Struma daily.

The fake passports they used have triggered speculations that an Interior Ministry official assisted in their runway plan.

A nationwide search warrant was issued for them on Tuesday.

Meanwhile 3 other defendants in the same case have already been jailed in the prison in the western town of Bobovdol.

The two mafia bosses are believed to hold the citizens of Dupnitsa on a leash, as their jobs and prosperity depend on the two burly former policemen with shady background and businesses.