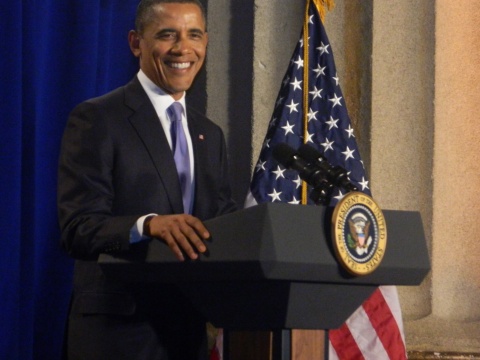 Barack Obama has become the first sitting US President to officially declare his support for same-sex marriage.

"I had hesitated on gay marriage, in part, because I thought civil unions would be sufficient," the President said, adding that the word "marriage" provokes very powerful traditions and religious beliefs in many people.

However, he pointed out that he has witnessed many committed same-sex marriages and thought about US service personnel who were "not able to commit themselves in a marriage."

"I believe marriage is a relationship between a man and a woman," Romney stated in Oklahoma on Wednesday.