Electricity Prices in Bulgaria to Add 10% from July 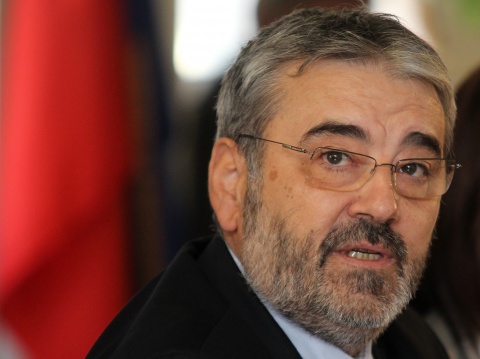 DKEVR Chair Angel Semerdzhiev has assured that electicity prices will not grow by more than 10% from July 1. Photo by BGNES

Angel Semerdzhiev, Chair of the State Commission for Energy and Water Regulation (DKEVR), has confirmed that electricity prices will not increase by more than 10% from July 1.

The DKEVR Chair told journalists Tuesday that power tariffs would not be affected by the loan that the national power grid operator NEK would take from the Bulgarian Energy Holding (BEH) to repay the loan for the scrapped Belene NPP project.

On Monday, Energy Minister Delyan Dobrev announced that the term for the settlement of the EUR 250 M debt on Belene NPP would be extended by a year, with NEK scheduled to pay back some of the money after taking a loan of EUR 50-70 M from BEH.

Dobrev noted that it was more likely that the loan would amount to EUR 50 M because NEK had some free financial resources.

In his Tuesday interview, Semerdzhiev argued that power tariffs were acceptable both for household consumers and for industrial customers because consumption in Bulgaria had been growing over the past few years regardless of the crisis.

The Chair of the energy watchdog assured that the 12% increase in water prices demanded by water utility Sofiyska Voda would not be implemented.