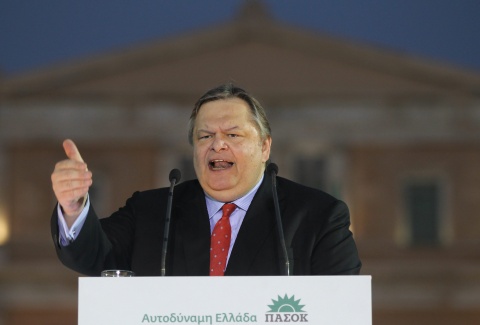 Greece faces anew the risk of default and exit from the euro zone, experts have warned after voters rejected austerity and the terms of the country's bailout from the European Union and International Monetary Fund.

"Greek membership of the euro zone is now at risk with serious contagion risks for the rest of the periphery," Nouriel Roubini, the founder of Roubini Global Economics, tweeted following the results.

The "result of Greek elections is much more serious than the French one as the former leads to chaos while Hollande will turn out to be a moderate," added Roubini.

"This is the crisis we have all feared," said Carl Weinberg, the chief economist at High Frequency Economics following the vote.

"A rejectionist government will force the IMF and EU to suspend maintenance payments for Greece. A hard shutdown of the government and total default of all bonds will ensue, striking at the balance sheet of even the mighty European Central Bank."

Fitch Ratings agency recently also warned of the rising risk of a Greek euro-zone exit, adding that in this case all euro-zone sovereign ratings would be placed on watch for downgrade, with Cyprus, Ireland, Italy, Portugal, and Spain most likely to be downgraded.

Greek centre-right New Democracy party and socialist Pasok attracted less than a third of the vote, in an election that throws Greece into political uncertainty and sends a clear message abroad against the tough terms of two EU/IMF bailouts.