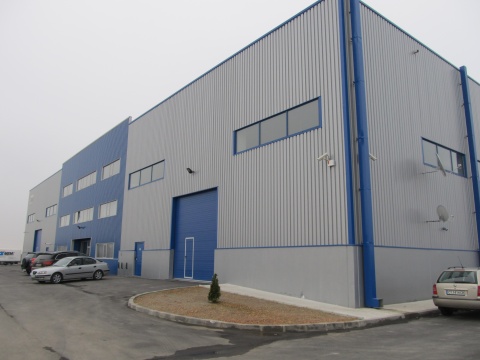 As Bulgaria's economy hovers on the brink of its second recession in three years, analysts have warned the slump will take the biggest bite out of exports.

Bulgarian export-oriented companies are already feeling the chill from the euro zone, but they are likely to suffer soon an even more painful contraction in orders as two-thirds of their production targets European markets.

Exports, which used to be the driver behind Bulgaria's recovery, are slumping and in the best possible scenario can record a negligible growth or remain flattish in 2012, according to analysts' forecasts.

Economists say the most troubling indicator is that in the period January -February 2012, the total value of exported goods reached about BGN 5.7 B, down by 6.1% on an annual basis.

Bulgarian exports to third countries also contracted, marking a 2.6% fall compared to the corresponding period of the previous year and amounted to BGN 2.3 B.

Other sectors, which rely on the domestic market to pull ahead, will continue to be in negative territory, according to analysts.

A mix of global slow-down, restricted financing and withdrawing investors have brought Bulgaria's construction sector to a stalemate. However, according to Dessislava Nikolova from the Institute for Market Economics, a Sofia-based think-tank, there is hope for a slight revival in the sector in 2012 thanks to the expected wave of projects as part of the pre-election paraphernalia.

Domestic demand has been left as the major driving factor behind the economy, but expectations are that it will remain subdued by the end of 2012 due to a rising unemployment rate, a drop in investments and a downward trend on the retail market.

Experts have criticized the government for refusing to present updated forecasts for the economy's growth this year and adapt the state budget to a more realistic scenario, not ruling out technical recession.

Last month Bulgarian analysts and institutions unanimously cut their growth forecast for 2012 to just below 1.5% instead of the previously forecast 2-3%, citing slumping exports and stagnant domestic demand.

Bulgaria's economy expanded by 1.7% in 2011. Growth slowed down to 1.6% in the fourth quarter of last year, curbed by slumping exports, according to data of the statistics institute.

The European Union newcomer entered recession for the first time in the first quarter of 2009 with its economy shrinking 5% from January to March 2009 and contracting 1.6% in the fourth quarter 2008 on a quarterly basis.

In the first quarter of 2009 Bulgaria's GDP marked a 3,5%  drop on an annual basis for the first time since the financial and economic crisis in 1997 and the slump was much sharper than macroeconomists' forecasts.