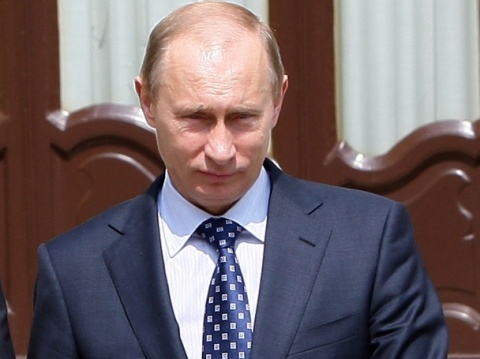 Vladimir Putin, who is being sworn in office Monday, is on his way to become the longest serving Russian leader since Joseph Stalin. Photo by BGNES

Vladimir Putin will be inaugurated President of Russia Monday in a ceremony in the capital, Moscow.

Putin won the largely-disputed March elections. He will replace Dmitry Medvedev at the post and actually returns to the presidential office after an absence of four years in which he served as Prime Minister.

Putin will take the presidential oath at the Grand Kremlin Palace, in a hall that was once the throne room of the Russian tsars, the BBC's correspondent in Moscow reports, pointing out that the new six-year term will make Putin the longest serving Russian leader since Joseph Stalin.

The British journalist stresses that Putin faces many problems; the political system he created has been showing cracks, economic growth is forecast to slow, and violence in the volatile North Caucasus continues, he adds.

Six TV channels will broadcast the ceremony life, starting at 11 am Moscow time.

The ceremony will cost USD 878 400. 3 000 guests have been invited to attend including Members of the Parliament, senior officials, regional governors, artists, political experts, journalists and diplomats.

On Sunday, thousands of protesters opposed to the inauguration clashed with police in Moscow.

The protest was peaceful until a small group of demonstrators tried to break through the lines of riot police, launched a sit-in by the police lines, refusing to leave unless the inauguration was cancelled, prompting the arrests of prominent opposition activists.

A demonstration in support of Putin also took place in Moscow.