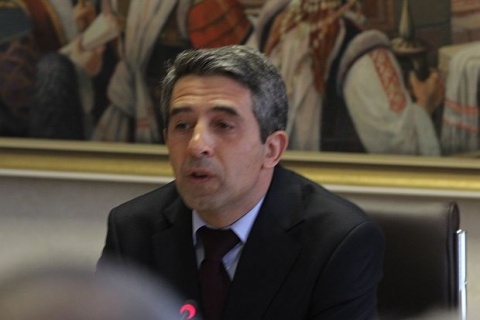 Bulgarian President, Rosen Plevneliev, says he is satisfied with his own work during the first 100 days in office, but is definitely not thinking of a second term. Photo by Sofia Photo Agency

Bulgarian President, Rosen Plevneliev, is giving Monday an account for the activities of his institution during the first 100 days since taking the oath of office.

Plevneliev, a former Regional Development Minister in the cabinet of the ruling, center-right Citizens for European Development of Bulgaria party, GERB, made a total of 40 promises at the end of January when he was sworn.

They include not allowing any longer agents and collaborators of the former Communist State Security, DS, to become diplomatic representatives or work at the presidential office, passing two new Acts – for the National Security Services and for Intelligence Services, reforms in the security and energy sectors, which were also some of the topics on the agenda of the first meeting of the Consultative Council on National Security he called.

During the day of open doors at the presidential institution, Plevneliev told visitors that he would like to become the symbol of a proactive president, a technocrat seeking results for the nation, stressing he was satisfied with his own work during the first 100 days in office, but was definitely not thinking of a second term.