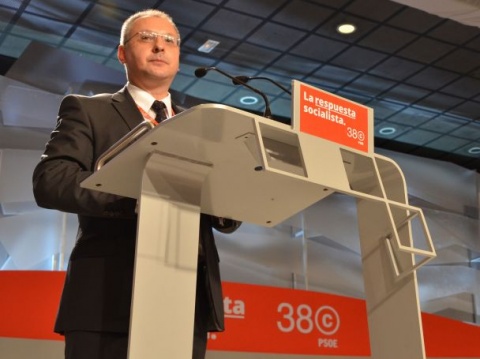 The leader of BSP, PES, and ex PM, Sergey Stanishev, is elated by the fact a Socialist is now President-elect of France. Photo by BGNES

The leader of the left-wing Bulgarian Socialist Party, BSP, Chairman of the Party of European Socialists, PES, and former Prime Minister, Sergey Stanishev, has voiced deep satisfaction from the results of the presidential elections in France.

"I am happy to congratulate Francois Hollande with this victory. This is a great day for all French citizens, but also a new hope for Europe. This victory is the total rejection of the "Merkozy" insanity that was suffocating economic growth in Europe in the last 2 years," Stanishev said after it emerged that the French Socialist has won the presidential office.

He pointed out that PES congratulates Hollande and sees his success as the prevailing of progress in France and Europe.

According to Stanishev, this success further means that Europe can once again become a participant in the process of finding solutions to mend the crisis, instead of being part of deepening it, as it has been recently.

Center-right incumbent Nicolas Sarkozy is the first French president not to win a second term since 1981.

On his part, Hollande became the first Socialist to win the French presidency since Francois Mitterrand in the 1980s.

He gave his victory speech in his stronghold of Tulle in central France Sunday evening vowing to push ahead with his pledge to refocus EU fiscal efforts from austerity to "growth".