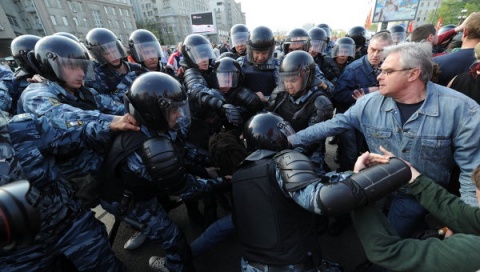 Protesters against Russian President-elect Vladimir Putin have clashed with riot police in the capital Moscow on Sunday, just one day prior to Putin's inauguration for his third term in office.

The protest was peaceful until a small group of demonstrators tried to break through the lines of riot police, BBC reports.

RIA Novosti reports that police released teargas and made scores of arrests after hundreds of demonstrators briefly broke through their lines in a bid to take their protest to the Kremlin walls.