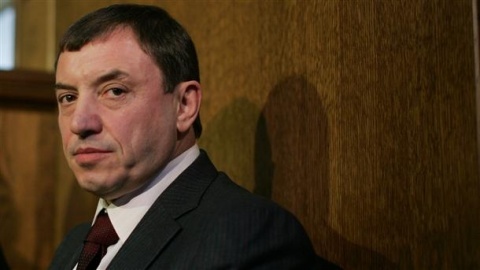 Controversial Bulgarian businessman and ex-secret agent Alexey Petrov has been admitted to the hospital of Sofia Central Prison, after having fainted while detained.

Petrov, who has been tried in the complicated high-profile 'Octopus' case for organized crime, was arrested Thursday in the court hall after two witnesses said he pressured them to change their testimonials.

According to information by TV7, Petrov has fainted in jail and doctors have hospitalized him and administered a number of tests to determine whether he is ill or is just simulating.

Petrov was first arrested in February 2010 and was not released on own recognizance until October, having spent what he claims to have been 8 months of abuse in the prison, during which his health allegedly deteriorated.

Petrov, a former employee of the State Agency for National Security, DANS, murky businessman and alleged crime boss, together with five other people, is facing charges of racketeering and extortion.