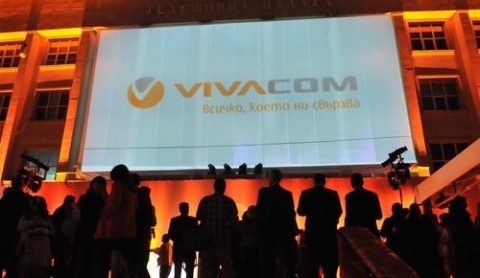 The creditors of the Bulgarian telecommunications operator Vivacom have given up on its sale, Turkish mobile phone operator Turkcell, which had emerged as the preferred buyer, announced, confirming earlier media reports.

"We received an official letter informing us that the sellers of BTC have aborted their efforts to find a buyer. Turkcell will continue to evaluate acquisition opportunities for similar buyouts," Chief Executive Officer Sureyya Ciliv said at a press conference.

Earlier this week media reports said the planned sale of Bulgaria's incumbent telco BTC has failed after its creditors rejected the offers of all three bidders, including Turkcell, the biggest Turkish mobile-phone company.

Turkcell emerged a month ago as the most likely buyer of the Bulgarian telco, but the deal collapsed after the Turkish operator demanded that a huge part of the price (from EUR 100 M to EUR 200 M) is deposited in an escrow account until the state settles its scores with BTC previous buyers, Capital weekly reported, citing insiders.

The Turkish company reportedly put in a bid of over EUR 870 M.

Earlier reports said the Turkcell valued Vivacom at about USD 1.4 B, but the Turkish company described the potential bid amount in the media as "groundless".

BTC's creditors, who put the company for sale, have described the other two bids – by Bulgaria's Corporate Commercial Bank and Icelandic businessman Thor Bjorgolfsson - as too low, the insiders said.

The creditors' decision is expected to be officially announced in a few days, according to the report.

Turkcell announced its decision to make offer for a 93.99% stake in the Bulgarian company, which operates under the brand name Vivacom, at the beginning of March in a statement to Istanbul Stock Exchange, becoming the only strategic investor in the tender.

Another three binding bids were submitted for Bulgaria's telecom Vivacom, but their amounts were not disclosed either.

Experts commented that the Turkish potential buyer felt uncertain because of Bulgaria's legal actions against Viva Ventures, a subsidiary of London-based equity fund Advent International, which acquired a 65% stake in the state Bulgarian Telecommunications Company (BTC), in a widely criticized deal in 2004.

The company however has not transferred the payments.

Besides it is expected that a fourth trial may be in the offing over charges of breaching the so-called clawback agreement, which obliged Viva Ventures to pay EUR 78 M to the state in the case of BTC re-sale.

The deadline for submitting binding bids, initially set at February 17, was extended by ten days at the request of Turkcell, who needed more time to take a definitive decision.

Earlier this year reports emerged that Telekom Austria AG, which already owns Mobiltel in Bulgaria, may be interested in Vivacom sale, but the information was eventually denied.

The nation of 7.7 million people has three mobile operators, which are foreign owned. Mobiltel is controlled by Telekom Austria, while Globul is the local unit of Greece's OTE.