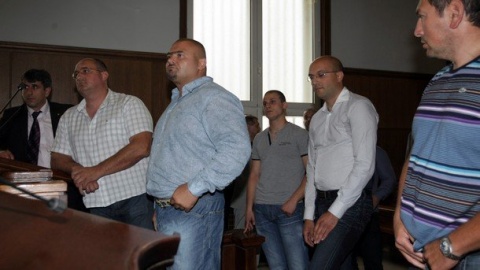 Angel Hristov (front right) and Plamen Galev (front left), AKA the Galevi Brothers, have been sentenced by the Bulgarian Supreme Court to 4 and 5 years in jail respectively. Photo by BGNES

The two alleged mafia bosses are believed to hold the citizens of Dupnitsa on a leash, as their jobs and prosperity depend on the two burly former policemen with shady background and businesses.