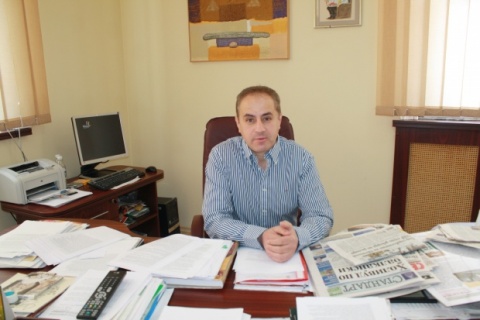 Israeli Prime Minister Benjamin Netanyahu will receive a copy of a historic letter written by Dimitar Peshev, the man whose initiative rescued a total of 50 000 Bulgarian Jews from deportation to Nazi concentration camps.

The letter will be handed to Netanyahu by Petar Paunov, Mayor of Peshev's hometown of Kyustendil, Darik radio informs.

Even though the news website does not mention details about the document in question, it is most probably the letter dated March 17, 1943, signed by the Peshev, then Deputy Speaker of the General Assembly, as well as 43 Members of the Parliament, which was sent to Prime Minister, Bogdan Filov, stating opposition to plans to deport the Bulgarian Jews.

"This is a document which shows the strength of the Bulgarian spirit and the humanity of our attitudes," Petar Paunov has commented.

The Mayor of Kyustendil will represent Bulgaria at the 28th annual Mayor's conference that is to take place between May 6 and May 10, 2012 in Tel Aviv. The event is sponsored by the American Council for World Jewry, Israel's Ministry for Foreign Affairs and the Union of Local Authorities