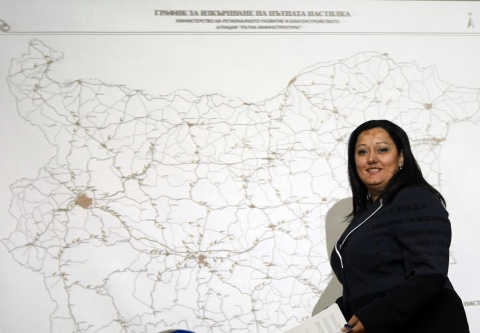 Regional Development Minister Lilyana Pavlova has voiced hopes that the project will attract investors from China, Qatar and Oman. Photo by BGNES

Bulgaria will seek public-private partnership for the construction of the Ruse-Veliko Tarnovo-Svilengrad-Istanbul toll road, according to Regional Development Minister Lilyana Pavlova.

In a Thursday interview for private TV station bTV, she said that this would allow a faster connection of the Bosphorus with the Danube Bridge through European Transport Corridor #9.

The Regional Development Minister specified that the project for the construction of the 300km stretch was expected to attract investors from China, Qatar and Oman.

She said that the investor would build the section and then collect fees, which, according to preliminary estimations, would amount to BGN 10-15.

Pavlova noted that there was a highway connecting Istanbul and the southern Bulgarian village of Kapitan Andreevo.

She drew attention to the fact that the route along the Black Sea coast was not particularly busy and the interest in the highway connecting the coastal cities of Varna and Burgas was weak.

Pavlova clarified that the idea was to circumvent the town of Byala in north-eastern Bulgaria, where a major portion of the traffic accidents occurred.

The Regional Development Minister estimated that the preparation of the paperwork could take as long as a year, plus another six months for the tender process and around 2 years for the construction.