Qatari Delegation to Arrive in Sofia May 3 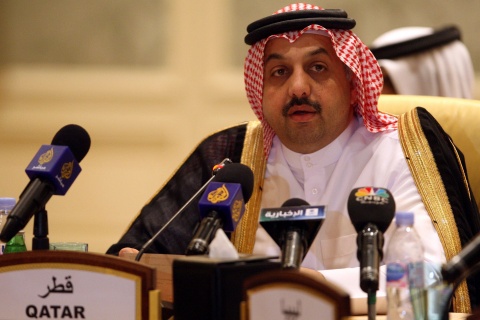 Qatar’s Minister of State for Foreign Affairs Khalid Al Attiyah will arrive in Bulgaria on May 3. Photo by BGNES

An 18-member delegation from Qatar headed by Minister of State for Foreign Affairs Khalid Al Attiyah will arrive in Bulgaria on May 3.

Sofia will welcome high-ranking officials from a number of ministries, as well as representatives of investment companies based in Qatar.

Bulgaria and Qatar will also negotiate an agreement for investments of USD 100 M which was discussed during the mid-March visit of Prime Minister Boyko Borisov to Qatar.

The two countries will also prepare agreements in the spheres of healthcare, agriculture, mining, customs and culture, which will be signed during the visit of the Qatari Prime Minister.

The three-day visit to Qatar (March 13-15) of the Bulgarian delegation turned into a top news story after the Bulgarian-Qatari business forum in Doha was attended by a total of zero Qatari companies.

The Qatari fiasco was the alleged reason behind the dismissal of Traicho Traikov, Minister of Energy, Economy and Tourism.