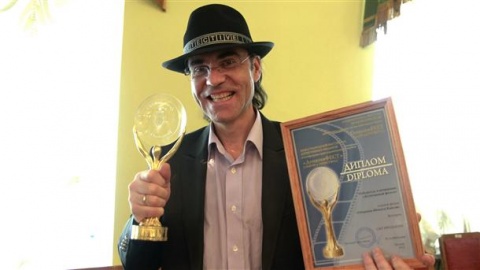 This is the debut of Vladislav Karamfilov, aka Vladi Vargala, as film director and tells the tale of a mystery string of crimes modelled after Bulgarian real lfie.

"Operation: Shmenti Capelli" turned out to be especially close to the Russian audience, for the criminal absurdities in the two countries during their period of transition are vastly alike, reports the Bulgarian National Radio Tuesday.

Viewers of the 14 edition of the DetectiveFEST, which specializes in crime films and TV shows, had the chance to meet the director and discuss his work.

"Operation: Shmenti Capelli" was awared the central prize of the festival, the one for best full-length film, in competition with 76 other movies from around the world.