Bulgaria to Move Several Govt Agencies Away from Capital 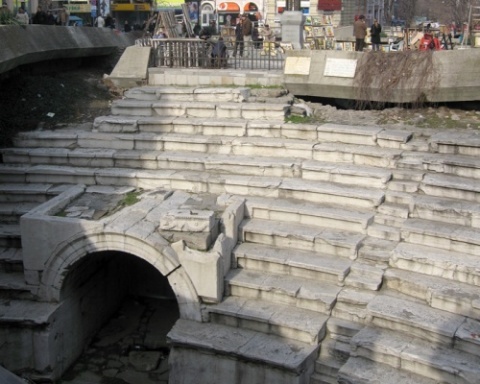 The restoration of Plovdiv's ancient Roman stadium was launched February 2010 with funding aid from European institutions. Photo by JPD

Several central government agencies in Bulgaria will no longer operate from Sofia, but will be based in other cities, revealed Bulgarian PM Boyko Borisov Sunday.

This will be made in an effort to make their work more effective, create opportunities in other cities, and disburden the Bulgarian capital, said the PM during a visit to Plovdiv.

Among the most important moves is the shifting to Plovdiv of the Tourism Unit of Bulgaria's Ministry of Economy, Energy and Tourism headed by vice-minister Ivo Marinov.

"A number of the activities of the Ministry of Agriculture and Foods will also be moved to Plovdiv, for the city has the most adequate infrastructure and the know-how for them," explained Borisov.

"Similarly, the state Executive Agency for Fisheries and Aquacultures does not belong to Sofia, and will be moved to Varna," said the Bulgarian PM.

He added that some of the activities of the National Railroad Infrastructre Agency will also be moved to Plovdiv, explaining that the procedure will continue as required by the needs of efficiency and Bulgaria's regions.

Sunday Borisov, together with FinMin Simeon Djankov, EU Funds Minister Tomislav Donchev and Sports Minister Svilen Neykov, was present at the opening of the restored Roman stadium in Plovdiv.

After the ceremony, the Bulgarian PM and his ministers sat down for a sip in one of the cafes in Plovdiv's pedestrian main street, before heading for Plovdiv University.