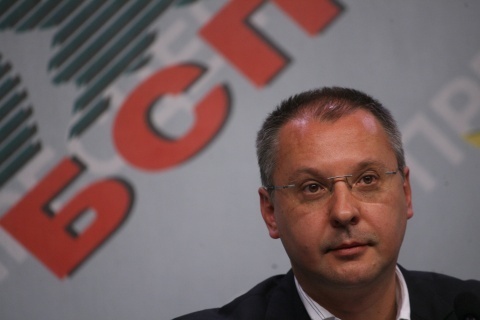 Bulgarians will go out on a large-scale protest against government policy on May 1, stated Party of European Socialists and Bulgarian Socialist Party leader Sergey Stanishev Sunday.

Speaking in an interview for the Bulgarian National Radio, the socialist leader slammed the cabinet headed by center-right GERB party chair, PM Boyko Borisov, as leading an incompetent policy in times of crisis.

"It's not just the socialists, a lot of people in Bulgaria are angry at the way they live, at the lack of progress, opportunity, and work," said Stanishev.

He recalled that on Tuesday, May 1, the International Labour Day, the Socialist Party is calling a nationwide "Day of Rage" against the cabinet fiscal and economic policy of austerity.

"People are robbed of all their social rights and guarantees, which are then not replaced with more economic opportunity," argued Stanishev.

In particular, he slammed plans by FinMin Simeon Djankov to use the so-called Silver Fund for retirement pensions to cover sovereign debt, as endangering both the pension system and Bulgaria's fiscal stability.

"In the three years since assuming power, GERB were quite agile in draining Bulgaria's state fiscal reserve and installing a regime of oligarchic capitalism," quipped Stanishev.

In May, the PES interim leader faces re-election as the Bulgarian Socialist Party's leader, which he has been chairing since 2001.

His main rival is former Bulgarian President Georgi Parvanov (2002-12), who chaired the Bulgarian Socialists before Stanishev.