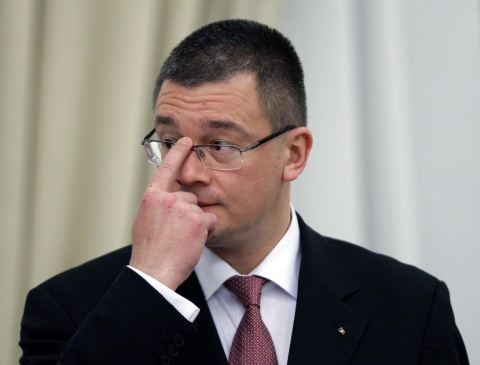 Romania’s government has fallen, as a total of 236 MPs cast their ballots in favor of defeating it in a no-confidence vote on Friday.

The no-confidence motion was submitted by the opposition Union of Social Democrats and Liberals (USL). Shortly after the vote, USL leader Victor Ponta declared that the formation was ready to form a new government.

Over the past several days, several MPs of the governing coalition defected to join the oppositional USL, hotnews.ro informs. Early on Friday, USL needed only 4 votes to reach the threshold for the motion to pass and for the government to fall (231 lawmakers).

The cabinet named by Prime Minister Mihai Razvan Ungureanu was approved by the country's Parliament on February 9.

Ungureanu’s cabinet cut salaries and increase taxes in an attempt to stabilize the country’s finances. However, the anti-crisis measures dealt a serious blow to Romania’s economic recovery.

"A new and better government will be coming," opposition lawmaker Dan Rusanu commented on Friday, as cited by international media.