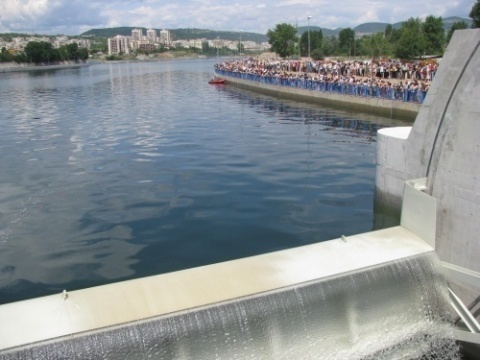 The construction of the vastly troubled and long-delayed Bulgarian hydro power project on the Arda river in the south will most probably start in 2013, officials in Sofia say.

"We are now conducting a feasibility study and a tender to select a contractor for the engineering activities. Accordingly, construction works can be expected to start in 2013," Bulgaria's National Electric Company chief executive Ivo Lefterov said in an interview for Capital Daily.

Bulgaria has attached great importance to the project, saying the investment is crucial, especially in time of crisis and in an underdeveloped region of the country.

The joint project of the Austrian EVN, which is also one of the three power utilities in Bulgaria, and of the Bulgarian National Electric Company, NEK, is valued at EUR 500 M.

The investment is expected to create hundreds of new job openings in the region of the Eastern Rhodoppes.

In the summer of 2011 Austria's EVN approved a capital hike to boost its stake in the Bulgarian hydro power plant project Gorna Arda to 70%.

The takeover of a 70% stake in the vastly troubled Bulgarian hydro power project on the Arda river in the south from Turkish company Ceylan was expected in the first quarter of 2011, but fell through.

The project company for the construction of the 160 MW cascade was formed with a 70% of EVN and a 30% share of the Bulgarian National Electric Company NEK.

The agreement for the construction of Gorna Arda hydropower project in southern Bulgaria, between Austria's energy firm EVN and Bulgaria's dominant state power utility NEK was signed during the visit of Prime Minister Boyko Borisov in Vienna in the middle of July 2010.

Austria's Alpine Bau withdrew from the construction of Gorna Arda hydropower project in the middle of May, leaving energy firm EVN the sole partner of NEK.