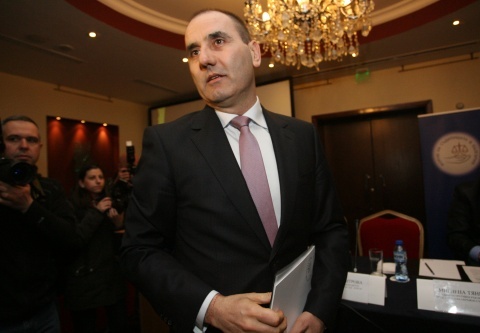 The first hearing in the libel case against Interior Minister Tsvetan Tsvetanov has been scheduled for April 27 at the Plovdiv Regional Court. Photo by BGNES

The first hearing in the libel case against Bulgaria's interior minister, initiated by the chair of the Bulgarian Judges Association (BJA) will be held on Friday at Plovdiv Regional Court.

Miroslava Todorova, a judge at the Sofia City Court (SCC), filed a libel lawsuit against Interior Minister Tsvetan Tsvetanov with the Sofia Regional Court on February 06. The reporting judge assigned to the case is Ekaterina Roglekova, Chair of the Criminal Division of the Plovdiv Regional Court.