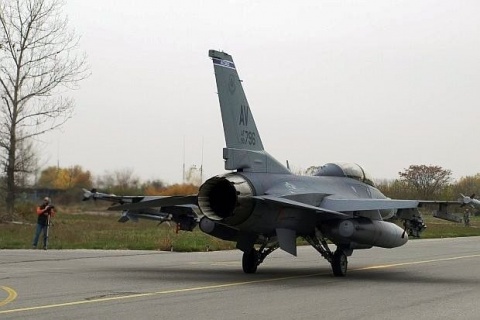 A military MiG-29 aircraft plummeted Thursday morning into a river in southern Bulgaria. Photo by dariknews.bg

A military MiG-29 aircraft has plummeted into a river between the southern villages of Tsarimir and Golyam Chardak near Plovdiv.

The two pilots catapulted themselves out of the aircraft and have already returned to the Graf Ignatievo Air Base.

Police, military, firefighters and emergency workers were dispatched to the location immediately after the tip-off.

No victims or injured have been reported so far.

According to preliminary reports, the case involves aircraft participating in a joint Bulgarian-American flight training.

Eyewitnesses of the accident told journalists that the aircraft had been in flames during the plunge.