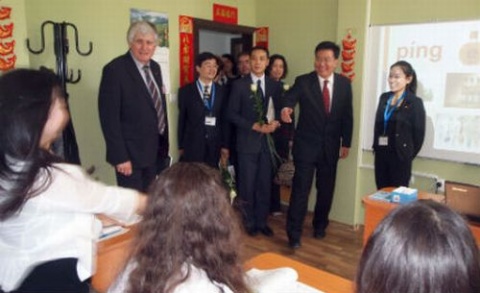 Ambassador Guo was in Varna Wednesday, where he announced that Chinese companies could participate in the concession of Port Varna, after meeting with Varna Mayor Kiril Yordanov.

His Excellency stressed that the topic about Port Varna is always on the agenda of the bilateral meetings of the Bulgarian and Chinese leadership.

The Bulgarian government has already sounded out Germany and other countries in its search for a concessionaire of Port Varna.

Last week the management of Port Varna announced that in 2011, Port Varna, consisting of two complexes – Port Varna-East in the city of Varna and Port Varna-West near the town of Devnya some 22 km inland – processed a total of 9.15 million metric tons of cargo, goods, and raw materials, thus achieving record results.

On a different note, the Chinese Ambassador noted that there are still few Chinese tourists in Bulgaria, and recommended that Bulgaria should work to become more popular as a tourist destination in China. He said that keeping in mind that there about 60 million Chinese who travel internationally as tourists each year, Bulgaria would do very well if it attracted even one percent of them.

Ambassador Guo visited the Dr. Petar Beron Mathematics High School in Varna, which is one of the few high schools in Bulgaria that teach Chinese.