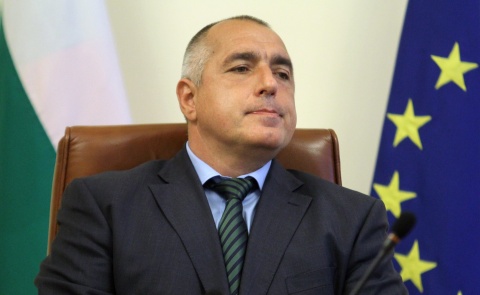 "According to the economic analysis of HSBC, the Belene NPP would cost EUR 10.35 B in the most optimistic scenario," announced Bulgarian Prime Minister Boyko Borisov, whose Cabinet in March decided to terminate the project for the construction of the second Bulgarian NPP by the Russian state company Atomstroyexport after delaying its decision for almost three years.

Borisov walked in the Bulgarian Parliament on Monday with a folder with the analysis of HSBC, which was hired last year by his government as an independent outside consultant on the feasibility of the Belene project.

He said the analysis had been distributed to all parliamentary parties, and made it clear he intended to have a debate with them on his decision to give up the controversial project since at the end of last week the opposition Bulgarian Socialist Party failed to muster enough MP support in order to initiate a no confidence vote for the Borisov Cabinet over the Belene issue.

"You saw the employ plenary hall. The opposition wants a speaking space, it doesn't want a debate," Borisov told reporters at the Parliament on Monday.

In his words, in addition to the HSBC analysis, all parties received a reported of the state financial control authorities on the state spending for the Belene project, which has also been presented to the Prosecutor's Office.

He added that the estimates of HSBC showed that the production price per MW/h of electricity by the Belene NPP would be EUR 75.

The report of the state financial inspectorate has concluded that there had been violations in the public procurement tender for the construction of the Belene NPP, including the signing of the former Stanishev Cabinet of a contract without holding a tender for some of the business activities for Belene.

"Now that we have a price of EUR 10.35 B, or over BGN 22 B, we can cite Mr., who said, 'We had not decided on how to agree on the final price. We have had many talks on this issue, and I now believe that it was a mistake that we didn't resolve it. As a result, we ended up in a stalemate because it is clear that the price of the plant won't be EUR 4 B, and that there are no rules from either party for determining the new price,'" said Borisov, with a quote from Kirienko that he had prepared in advance.

Borisov also slammed the Socialists for their failed no confidence vote over the termination of the Belene project, for which they failed to get support from any other formation.

"We can't accept that one can stage a no confidence vote with only 40 MP signatures. Mr. Kornezov himself (a senior Socialist Party official – editor's note) in his speech that ended with Russian calls for a fight – perhaps he mistook the Bulgarian Parliament for the Duma – said that they knew the vote would fail," Borisov stated.

The 2006 contract that Bulgaria's Stanishev Cabinet signed with Atomstroyexport for the construction of the Belene NPP was for EUR 3.997 B . Subsequently, however, it became clear that the final price would be higher, which led to years of haggling and seeking of "strategic investors" by the Bulgarian government of Borisov.

At one point Rosatom put the price of the construction of the 2000 MW plant at EUR 6.3 B, while Bulgaria insisted on EUR 5 B. The Borisov Cabinet terminated the project regardless of the Russian compensation claims in March 2012, arguing that it was "economically unfeasible" for Bulgaria.