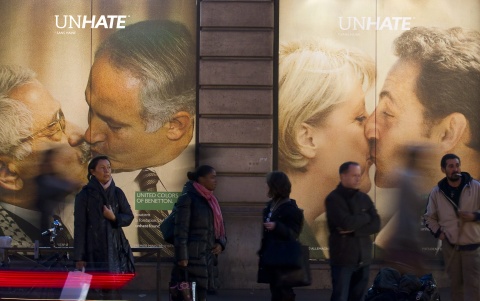 Benetton cofounder Luciano Benetton has announced he was stepping aside for his son to take over the helm of the Italian fashion clothing company he founded 47 years ago.

"The baton passes to my son Alessandro, who will become chairman," he told Italian newspaper the Corriere della Sera in an interview.

"After a run that has lasted 47 years, I will resign Tuesday from my duties in the company founded with my brothers and sister."

In the interview, Benetton said his 48-year-old son had shown in the two years as deputy chairman he had the passion needed to run the group, now more than 90 percent controlled by the family.

"The challenge is always the same: do, imagine, innovate. That's what an entrepreneur must always do," the 77-year-old said.

Since its establishment, the clothing group has grown to 6,000 stores in 120 countries, including Bulgaria, and produces more than 150 million items for its three brands -- United Colors of Benetton, Sisley and Playlife -- each year.

Luciano Benetton visited Bulgaria for the first time in September 2002 to take a glimpse of the newly opened Beneton stores in Sofia.

The fashion show, set up in Benetton's shop in central Sofia to celebrate the big boss' visit, brimmed with light and color and managed to impress even the street fashion mogul.

Despite the commotion of reporters Luciano Benetton seemed all at ease, enjoying his favorite - namely attention. Attacked by the reporters' questions about the company's controversial communication strategy he was rather laconic, noting "advertisement is a piece of art".

Benetton of Italy is one of 80 global fashion majors, which have subcontracted Bulgarian producers for the production of shirts, leather clothes and shoes. The company however has never planned direct investment in Bulgaria.