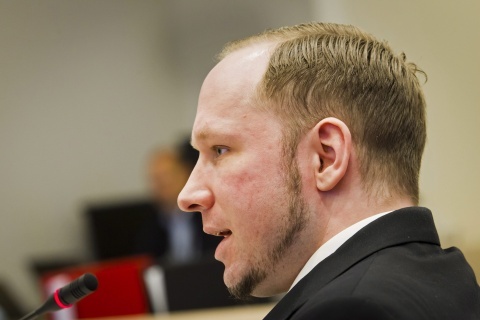 Defendant Anders Behring Breivik isx seen during the fourth day of proceedings in courtroom 250, in the courthouse in Oslo, Norway, 19 April 2012. EPA.BGNES

Breivik himself has claimed that he met with a Serbian war criminal in Liberia back in 2002, without specifying his name.

The mass murderer's visit to Liberia, as well as the alleged meeting in London during which the Knights Templar organization was reportedly established, was among the topics discussed in court on Wednesday.

On Friday, the right-wing extremist revealed that he acquired the knowledge to carry out a bombing and shooting rampage on the Internet, studying case studies of Al Qaeda and other attacks and reading more than 600 bomb-making guides.