Breivik Says He Got Rid of Empathy Through Meditation 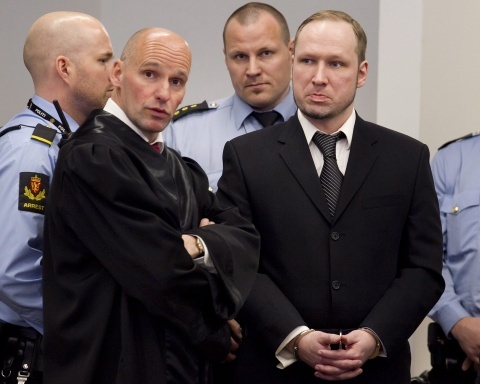 Defendant Anders Behring Breivik (R) with his lawyer Geir Lippestad (L) is seen during the third day of proceedings in courtroom 250 in the courthouse in Oslo, Norway, 18 April 2012. EPA/BGNES

Norwegian mass murderer Anders Behring Breivik has claimed he deliberately got rid of his empathy through meditation.

"I wouldn't have coped with July 22 without it," he said in court on Friday, as cited by dagbladet.no.

Breivik told Mette Yvonne Larsen, a lawyer representing survivors, that he was shocked when he read the initial psychiatric report that evaluated him as insane.

Earlier on Friday, Breivik revealed that he acquired the knowledge to carry out a bombing and shooting rampage on the Internet, studying case studies of Al Qaeda and other attacks and reading more than 600 bomb-making guides.