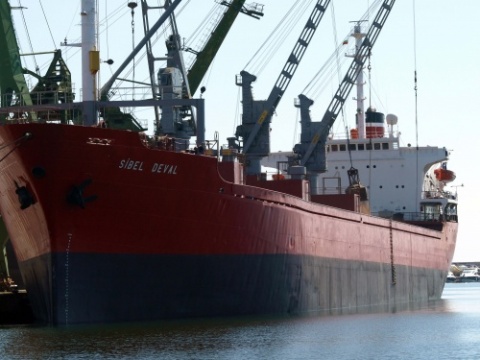 Thus, in 2011, Port Varna, consisting of two complexes – Port Varna-East in the city of Varna and Port Varna-West near the town of Devnya some 22 km inland – processed a total of 9.15 million metric tons of cargo, goods, and raw materials – a record amount in its history far surpassing even the more than 7 million metric tons processed in 2007, the best pre-crisis year for the then booming Bulgarian economy.

Port Varna's financial results for 2011 are also very good, and it is the only Bulgarian port that has managed to fulfill all of its infrastructure maintenance programs, Papazov emphasized.

The Port Varna company completed 2011 with a net profit of BGN 4 M after taxes, or a profitability rate of some 7-10%, he explained.

In his words, in 2011, Port Varna processed the largest share of Bulgaria's grain exports, or about 2.4 million metric tons.

Papazov noted that Bulgaria's largest Black Sea port is export-oriented with the industrial complexes near Devnya providing the bulk of the exported goods and materials including fertilizers, and various construction materials. A total of 580 different types of goods were exported through Port Varna in 2011.

"We process virtually all kinds of cargo. Since 2008, Port Varna's processed freight amount has been growing by 15% annually," the port CEO stressed.