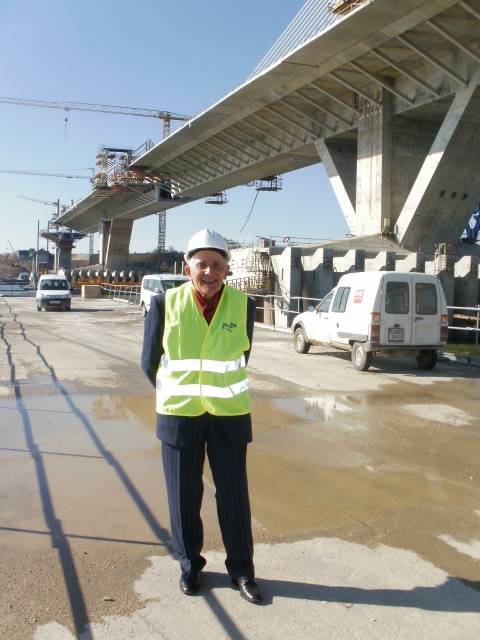 The second bridge linking Bulgaria and Romania across the Danube has been completed at 73%, the Spanish construction firm FCC announced Thursday.

The adjacent infrastructure of the Vidin-Calafat bridge has been completed at 89%, with the so called Danube Bridge 2 expected to be fully operational at the end of 2012.

FCC also said a total of 942 personnel are working on the construction of the bridge between Bulgaria and Romania, including the workers of the subcontractors. 83% of these workers are Bulgarians.

FCC release on Thursday noted the 90th birthday of Stanko Krastev, a local long-time construction worker from Vidin, who marked it by stepping on the new bridge.

In January 2011, the sum of EUR 25.7 M was added to the total cost of the construction of the second bridge linking Bulgaria and Romania across the Danube River, as agreed by the Bulgarian Parliament.

The bridge will finally be completed by the end of November 2012, Bulgaria's Transport Ministry announced as the Bulgarian Parliament voted to approve the measures taken by Transport Minister Ivaylo Moskovski over the past two years in order to ensure the completion of the bridge between Bulgaria's Vidin and Romania's Calafat.

He explained that the one tangible risk for the completion of Danube Bridge 2 stemmed from unresolved issues under the contract with Spanish company FCC, which is constructing the bridge, as a result of changes in the Bulgarian and Romanian legislation after the EU accession of the two Balkans states and because of unfavorable engineering and geological conditions on the construction site.