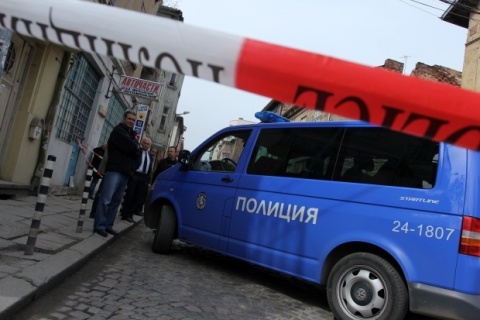 Bulgaria's Sofia has seen 4 gangland murders in less than a month. Photo by BGNES

The police in Bulgaria's capital Sofia have arrested a suspect with a criminal record over the assassination of pawnbroker Dragomir Bitsov.

The 40-year-old Bitsov was found dead in his home in the Gorublyane Quarter in Sofia on April 14, 2012, Saturday, in what seems to be the fourth gangland murder in the Bulgarian capital in less than a month; however, it was not reported by the police until Wednesday, April 18.

The suspect arrested over Bitsov's murder, also 40, has initials G.G., according to the Bulgarian Interior Ministry. He has been sentenced for robberies, and was caught at his permanent address in Sofia.

The police say they have reasons to believe the murder was committed over "personal motives".

The pawnbroker, who was found shot dead in his Sofia home in the Sofia, was the mastermind of a criminal group dealing with illegal banking services and blackmailing clients, according to unconfirmed information.

Dragomir Bitsov, though, did not have a criminal record.

Bitsov was killed with two shots in the head during the Easter holidays in one of the luxurious houses that he owned in Gorublyane. There were no signs of violence at the crime scene, but the autopsy showed the man died of two gun shots.

A check in the public registry shows that the murdered man is the sole owner of the company "Yves-Trade", which offers gold-secured loans and operated with a number of pawnshops.

Bitsov is believed to be one of the men behind an organized criminal group, which was busted during a special operation at the end of May 2010, code-named "The Money Lenders", in the capital Sofia and the small northwestern town of Berkovitsa.

Ten suspects were detained. They had no permit for the banking services they offered and blackmailed their clients. That was the third money-lenders gang that police cracked down on that month.