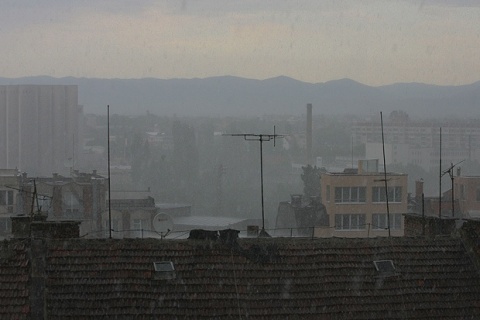 Code orange has been declared in seven regions in Central Bulgaria due to heavy downpours and thunderstorms, the National Institute for Meteorology and Hydrology has announced.

A rainfall of between 40 and 60 liters per square kilometer is expected on Wednesday for the regions in question (Pleven, Lovech, Gabrovo, Plovdiv, Pazardzhik, Smolyan and Kardzhali.)

A total of 11 regions in Western and Central Bulgaria, including the capital Sofia, are under code yellow over heavy rainfalls.

The Northeastern regions of Ruse, Targovishte, Razgrad, Shumen, Silistra, Dobrich and Varna are under code yellow over strong winds.