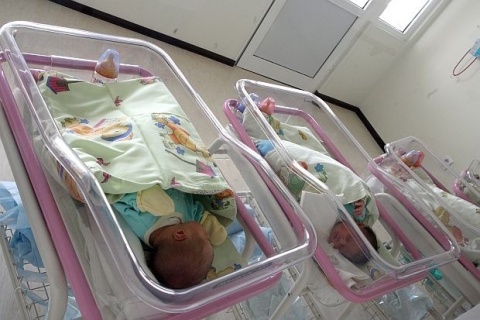 The state funds up to three in vitro attempts for women below 43 years of age. Photo by Sofia Photo Agency

Bulgaria's authorities have extended by six months the time for conducting an in vitro procedure with state funding.

Thus, women who have been approved for artificial insemination by the Bulgarian Fund for Assisted Reproduction will have an entire year to carry out the procedure, announced Radina Velcheva, chair of the "I Want a Baby" foundation.

The doubling of the in vitro procedure period has been recorded in the statutes of the Fund.

"We have been insisting on this amendment since last year because many Bulgarian women who are between their second and third attempts need a surgery or a hormonal treatment before they can get down to the in vitro procedure. That is why we need more time, and six months are not enough," Velcheva explained.

In her words, the amendment will help about half of the women that apply for state funding for in vitro procedures.

The Bulgarian state funds up to three in vitro attempts for women below 43 years of age. The Fund for Assisted Reproduction was set up in April 2009, and since then 1 500 babies have been born with its support. The success rate of the in vitro procedures is about 25%.

The "I Want a Baby" Foundation insist on greater privileges for women aged 42 because they have a last chance before turning 43, and after that are no longer eligible for state in vitro funding.

Health » Be a reporter: Write and send your article
Tags: in vitro, fund for assisted reproduction, I Want a Baby, I Want a Baby Foundation, Radina Velcheva
Advertisement
Advertisement
Expats.bg All Are Welcome! Join Now!
Related Articles:
More from Health