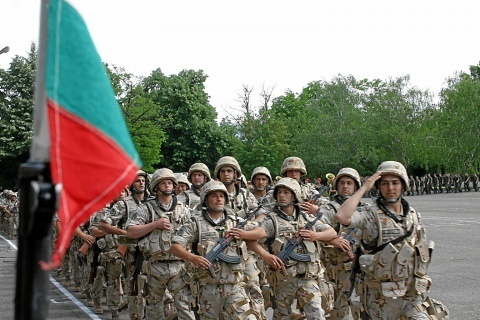 Bulgaria has deployed more than 600 troops in Afghanistan guarding the airports in Kabul and Kandahar, and a medical unit in the Herat province. Photo by BGNES

An Afghan soldier opened fire Monday upon Bulgarian NATO soldiers serving in Afghanistan, upon which he was killed by them.

The lone attacker shot on Bulgarian servicemen from a watchtower of in Kandahar, while they were moving from the Hero to the Lindsey base, accorging to an Afghan Army spokesperson.

The Bulgarians returned the fire, killing the attacker, with no one of them being hurt.

According to Afghanistan Army sources, the soldier was from the northern province of Takhar.

Sources from the ISAF forces in Afghanistan led by NATO have confirmed the tragic incident.

"All safety measures regarding the level of risk have been taken," stated the Bulgarian Ministry of Defense.

Bulgarian Lieutenant-General Atanas Samandov, commander of the Bulgarian forces in Afghanistan, has confirmed that all soldiers are safe and sound.

Gen Samandov further commented that the lone attacker might have been a part of the recent Taliban upsurge in Afghanistan.