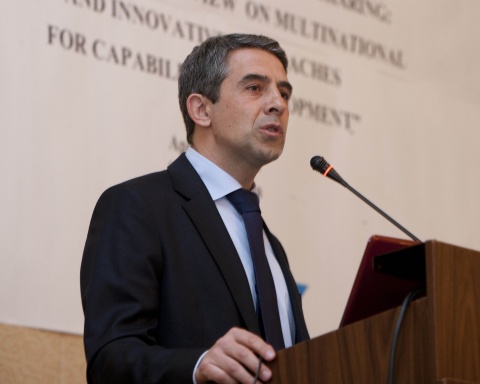 April 16 is celebrated in Bulgaria also as the professional holiday of lawyers, judges and all legal experts.

"With the Tarnovo Constitution our forefathers laid down principles that have lasted and have established the rights and freedoms of the individual as foundational for our country," stated Plevneliev.

He added that the challenges Bulgarian legalists and politicians faced in the end of the 19th century are not unlike the ones they are facing now.

"The quality of education in law, the quality of law making and law enforcement are precondtions for the rule of law and economic prosperity in the modern world," stated Plevneliev.

He further thanked Bulgaria's legal experts for their daily contribution to that endeavor.