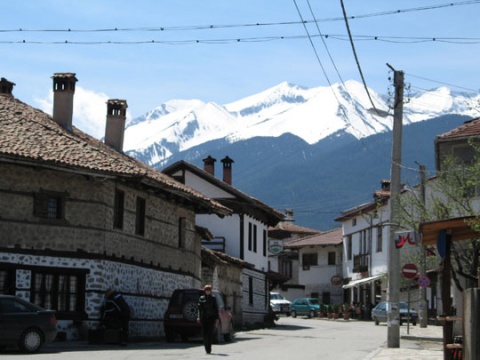 Bansko is the largest Bulgarian mountain resort. Photo by winslowdevelopment.com

Tourists from Macedonia are the most numerous visitors at the largest Bulgarian mountain resort of Bansko for the Easter holidays, reports show.

The Bansko hotels have an occupancy rate of only 30% for the Eastern Orthodox Easter (April 13-16), with most of the tourists there coming from the Republic of Macedonia, the chairwoman of the Bansko Union of Tourist Business Yanka Rahova said Sunday, as quoted by Focus.

Many of the Bansko hotels have already been closed for the summer; at the same time, some of the hotels boast an occupancy rate of 100%, while others have zero tourists, Rahova said.

The other visitors in Bansko during the Orthodox Easter holiday are Greeks and Bulgarians, with spa hotels being the most popular because even though the ski facilities are still operating, few have expressed desire to go skiing so late into the spring, she explained.

Another Bulgarian mountain resort, Pamporovo, however, is still attracting skiers, boasting a snow cover of 1.3 meters; its skiing facilities will be open until April 30.