Thousands of Bulgarians Flee to Greece for Easter 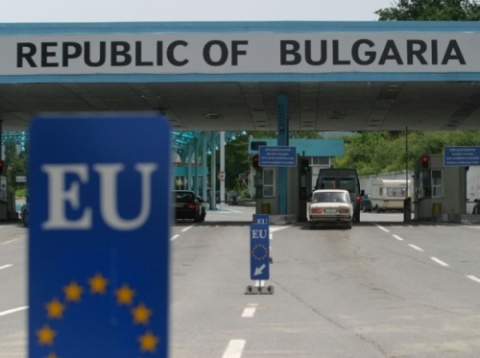 More than 20 000 Bulgarian residents have already flocked to Greece in search of more exciting Easter holidays, obviously undisturbed by the economic turmoil in the neighboring country.

Traffic through Bulgaria-Greece border checkpoints increased sharply on Thursday afternoon, the most intensive being at the Kulata and Kapitan Petko Voyvoda, the Bulgarian Border Police announced.

The checkpoints are working at full capacity and manage to deal with the large number of Bulgarians who have decided to celebrate Easter in Greece, police said.

Traffic on Bulgarian motorways and roads has picked up as people started traveling to their chosen destinations.

A huge part of the active and working people in the Bulgarian capital have been spending over the last three years their summer, Easter and New Year holidays south of Sofia, in Greece and Halkidiki in particular.

And despite gloomy forecasts Greece has not suffered a decrease in Bulgarian tourists' bookings this Easter even though the country has been dealt a heavy blow by the global economic crisis and domestic turbulence.

Over the last few years Greece has been the greatest destination for Bulgaria's short break fans, who would rather find their pleasures closer to home and whose batteries take longer to recharge.

Culturally Bulgarians are not very willing to go to far away destinations and in comparison with the decrease in the number of Bulgarians going abroad, all signs show that the figures for Greece will be good in 2012 too, people from the tourist business say.