Bulgarian Capital to Launch New Metro Section ahead of Schedule 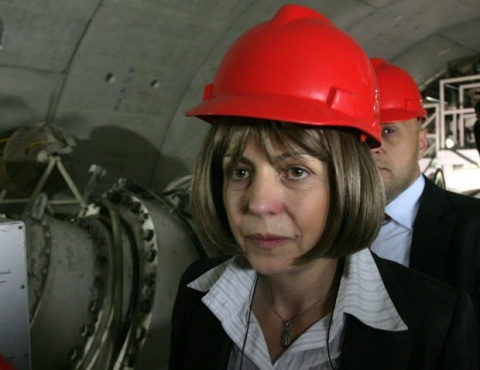 Sofia Mayor Yordanka has boasted that the Mladost-Tsarigradsko Shose subway section will be launched ahead of schedule. Photo by BGNES

The subway section between the Tsarigradsko Shose Blvd and the Mladost residential district will be opened ahead of schedule in 15 days, according to Sofia Mayor Yordanka Fandakova.

Starting April 25, Sofianites will be able to get from the Obelya district to Tsarigradsko Shose via subway.

"The launch of the stretch had been scheduled for May but the contractor finished work on the site earlier," Fandakova said Tuesday while inspecting the future metro station of the second metro diameter on the Maria Louiza Blvd.

She told journalists that the stretch connecting the Mladost 3 district and the Tsarigradsko Shose Blvd was 2.2km long and included two metro stations and a 1300-space car park.

The first subway car was tested on the new stretch on Monday.

The metro line connecting the Nadezhda and Hladilnika residential districts is to be launched in October.